TIMBER LAKES
​
Beginning in the 1930s, the Midwest District of the Missionary Church held old time camp meetings in Weeping Water, Nebraska. The town eventually grew around the facilities causing the old camp location to become land locked and too small for the growing attendance.

In 1995 the Midwest District of the Missionary Church purchased the facility and Timber Lakes Camp and Retreat Center became the new camp meeting site. Located in east-central Kansas, Timber Lakes is conveniently one hour southwest of Kansas City and one hour southeast of Topeka.

The Girl Scouts of America built the camp in 1963. They constructed:
Since then, the Missionary Church:
​​The Weeping Willow camp cabins were relocated to Timber Lakes and are now nestled in the woods for a cozy, rustic retreat. 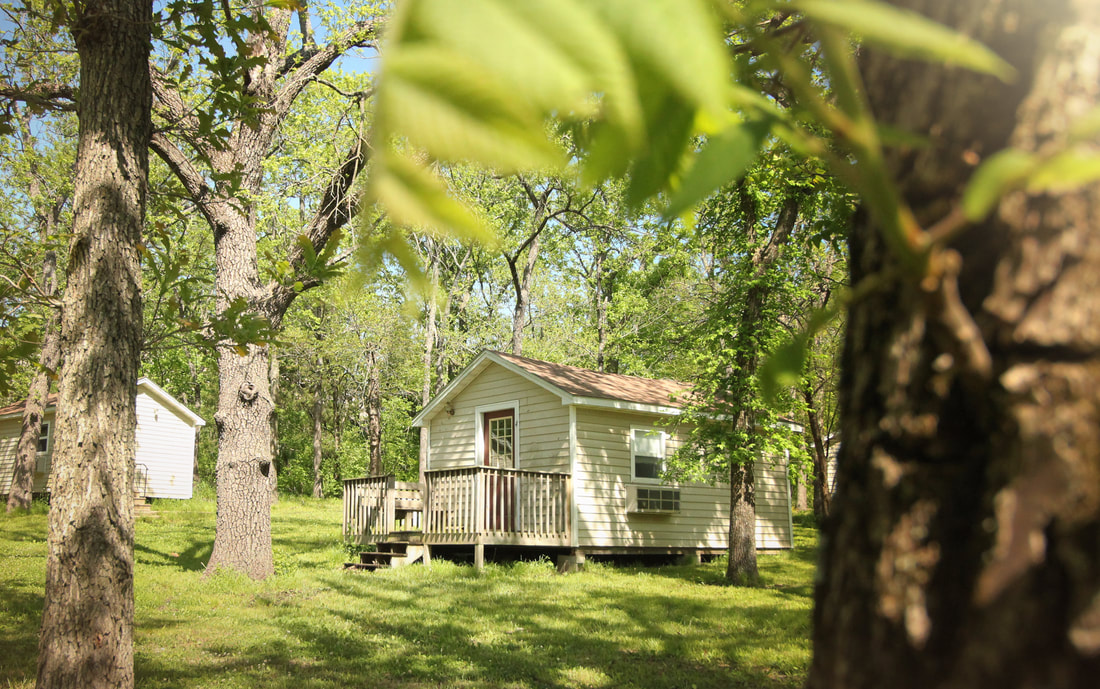